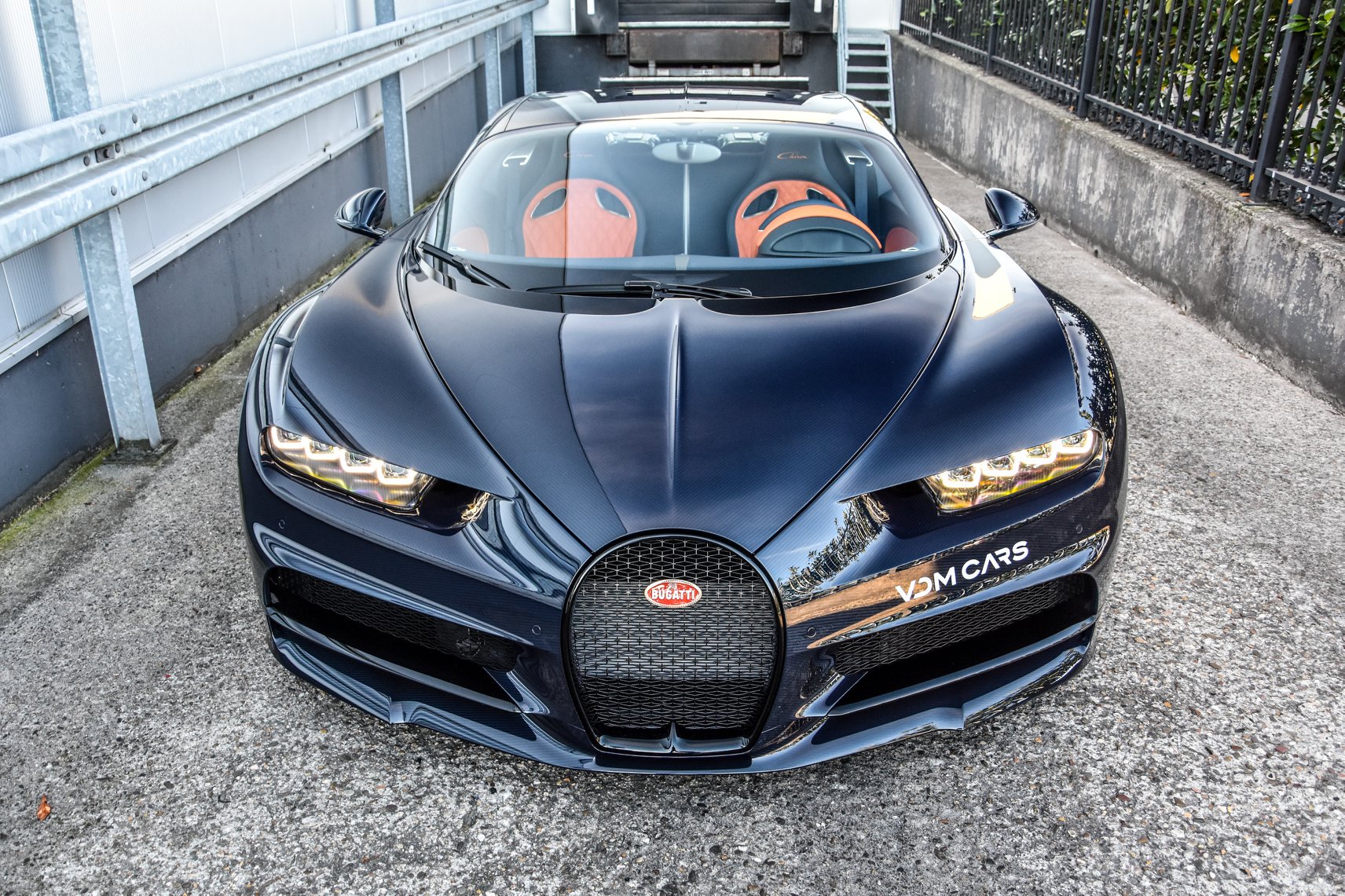 Bugatti has recently finished piecing together the 200th Chiron and reported that it had fewer than 100 units left in the production queue. Most of those are likely sold out by now, anyway. VDM Cars, a dealership in Gronau, Germany, has a better offer.

The seller is currently seeking a new owner for a barely-driven Chiron clad in a dark-blue carbon-fiber body. Understandably enough, the price is not a public matter, but informed sources say the bodywork alone comes close to U.S. $500,000. Given extensive other customizations, we would say the whole hypercar is a good deal more expensive even than the standard Chiron.

Speaking of which: custom additions include dark blue wheels, enormous orange brake calipers, and an interior decorated in the same dark blue/orange gamma with occasional aluminum and visual carbon inserts.

Despite this, chances are pretty good that the car sells soon. According to Bugatti ex-CEO Wolfgang Dürheimer, the average client of the French luxury marque owns 84 cars, 3 jets and a yacht. Parting with U.S. $500,000 should be a breeze to them.