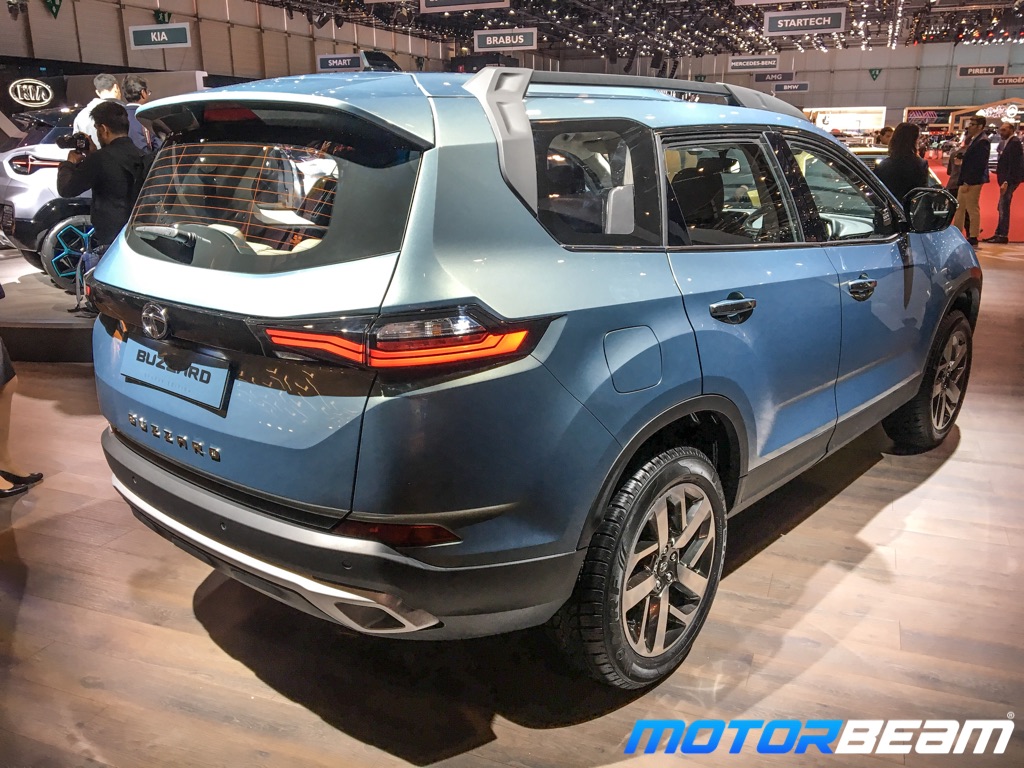 You may be surprised to learn that the India-based automotive corporation Tata Motors actively uses modern Jaguar Land Rover tech for its affordable cars, but things click into place when you realize it actually owns JLR. Now, it has announced a new SUV.

The crossover vehicle uses Tata’s OMEGA Arc tech platform – essentially a trimmed-down variant of the Jaguar Land Rover D8, which the previous generation of Discovery Sport is based upon. Tata launched its new five-seat SUV Harrier based on this tech in India in early 2019. The company had originally wanted to reuse the name ‘Harrier’ for the seven-seater, but found that Toyota had been using it for years.

Hence, the car was introduced at the 2019 Geneva International Motor Show this spring as the Buzzard Concept. It will be officially known as the Tata Gravitas in India and as the Tata Buzzard in Europe when it launches there.

The SUV packs three seat rows for seven occupants in total. The short teaser video is almost all that is available right now. We suspect that the Gravitas will imitate the Buzzard Concept depicted here in most visual aspects, from the Harrier front end to the custom rear. It will also likely pack the same interior trim and tech as the Harrier.

Spec-wise, it is safe to expect the Gravitas to be much simpler trimmed and equipped than its distant relative, the Discovery Sport. Semi-independent suspension, hydraulic power steering, drum brakes at the rear, and permanent FWD are all pretty much guaranteed features. That said, Tata has been known to launch deluxe trims with loads of extras, so maybe it will follow suit with the Gravitas.

The SUV will come powered by a 2.0-liter four-cylinder turbo diesel engine designed by FCA. Tata promises to boost it to 170 hp (127 kW) and 350 Nm (254 lb-ft) at the crank. The transmission will be six-speed manual, but Hyundai may provide its six-speed auto as a second option (this remains unconfirmed).

The Tata Gravitas/Buzzard will celebrate its international premiere in February 2020. The event and venue are not specified, but we suspect the company refers to the India Auto Expo scheduled for February 7-12, 2020. The launch dates and pricing remain unknown.