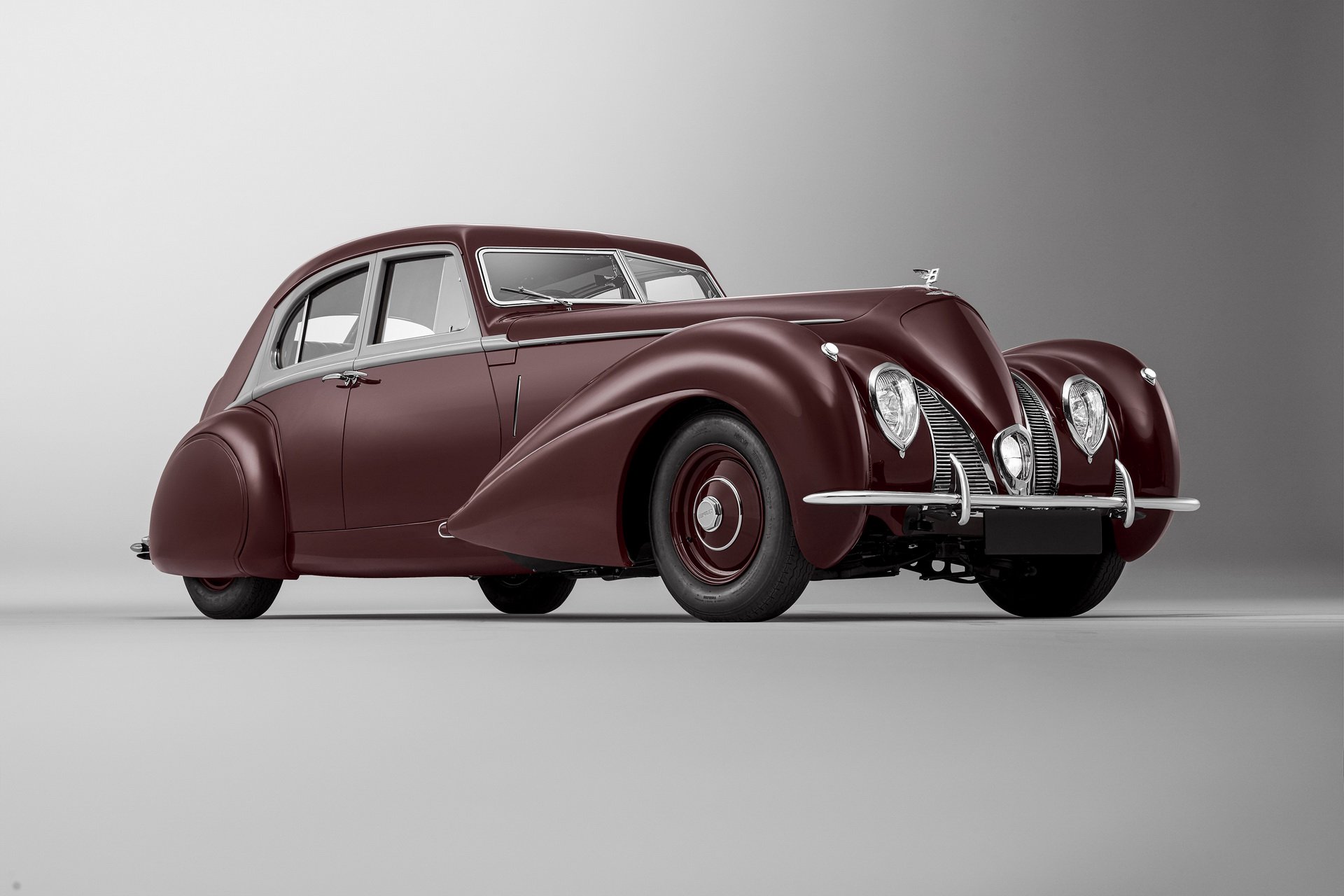 Mulliner, Bentley’s in-house customization and tuning shop, has finished building a replica of the Corniche sedan/saloon destroyed during the World War II. The original car emerged in 1939 based on the Bentley Mark V chassis and a custom body by Carrosserie Vanvooren (Paris, France).

The car actually looked quite progressive by the standards of the time. Aerodynamic shapes were still a barely emerging trend, lending the four-seater quite a futuristic appearance. This particular concept also lacked Bentley’s trademark radiator grille, replaced by an experimental design found to have better aerodynamic properties.

During a series of tests on the Brooklands racing circuit, the sedan hit 161 km/h (100 mph) – an unthinkable top speed back at the time. Later on, the test pilot crashed the vehicle in a collision with a tree. The car was painstakingly restored, only to be destroyed again – this time completely – in a bomb attack on Dieppe, France.

The idea to restore the unique Corniche belongs to Bentley’s former director, Ken Lea. Having secured financial support from the company, he succeeded in recreating the aluminum body of the car from scratch. Mulliner took over the project at this stage, carefully restoring exterior and interior details of the vehicle using the available data from the archives.