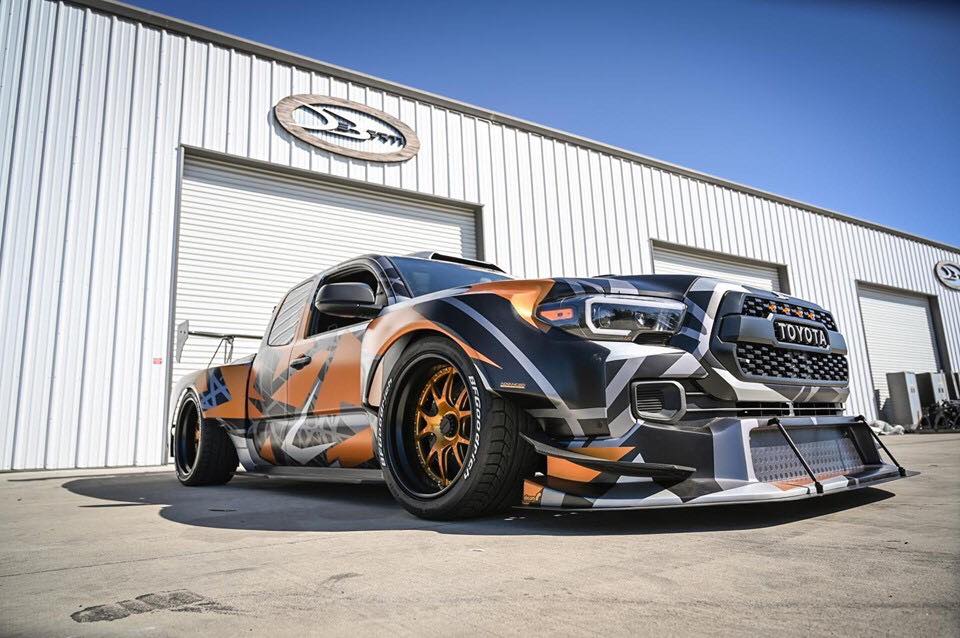 Jon Sibal is an industrial designer and 3D artist well known for his concept arts of various vehicles. Some of these are so popular that tuning shops implement them in real life, and this insane Toyota Tacoma ‘racing truck’ is one of the wildest so far.

Completed by the U.S.-based firm The Performance Truck, the project presented numerous challenges for the responsible team. Perhaps the trickiest part was producing the sophisticated and extreme aero kit, which includes the exorbitantly large front spoiler/splitter, side canards and skirts made of carbon fiber, a hood scoop, fender flares, an overwhelmingly huge rear diffuser, and a rear wing to match it.

This is not to say that the truck is all style and no substance. It has been engine-swapped to a TRD NASCAR V8 rated at 900 hp (671 kW), and a Gibson exhaust system makes sure everyone within a mile radius of the car promptly becomes aware of the fact.

Some of the further highlights include Forgeline wheels wrapped in meaty BFGoodrich tires, a CCW Wraps body treatment, lots of custom bodywork, and the kind of interior makeover that makes you forget you are inside of a truck.