This is a first time for the Lincoln Navigator, we are sure 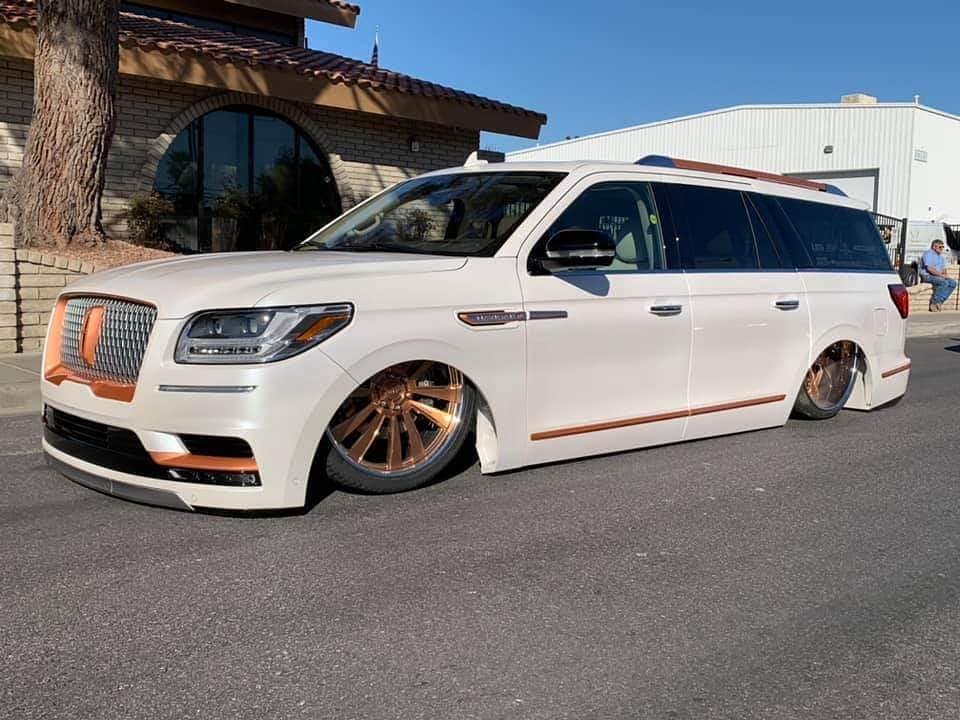 Missed our crazier tuning reports? Here you go! The owner of this Navigator had to modify half of his car to slam it into the ground like this – but he succeeded spectacularly.

The so-called ‘Navih8r’ has been created by Oklahoma City-based tuner Phat Phabz. You may think there is nothing too complicated in stancing, as long as you use an air suspension kit. This rings true sometimes, but is definitely not the case here. The Navigator was simply never designed to ride nearly as low as this and has plenty of components that would get in the way if you tried to bag it.

So the tuner had to enlarge the wheel wells along with the fenders, displace the exhaust system to a more convenient position, modify the fuel tank, reduce the trunk, and raise the seats. While they were at it, they also gave the engine a healthy power boost and adorned the white body of the SUV with goldish-copper accents.

You may like or hate this Lincoln ‘Navih8r’, but don’t be too surprised if it hates right back at you.